Moreover, pursuant to the Decree on the Budgetary Accounting stipulating that users of budgetary assets are obliged to draft interim reports on the budget execution and reports on the execution of financial plans for January-June 2013 and submit them by 10th July 2013 to the respective direct users, ATS drafted the Financial Report January-June 2013 that was adopted by the ATS Management and Supervisory Boards. This Report contains data about provided and used assets intended for financing the ATS activities, whereas the book-keeping data were used as a basis for drafting this Report.

The ATS Management and Supervisory Boards discussed the special conference organised by ATS on 6th June 2013 at the Student Cultural Centre (Studentski kulturni centar) on the occasion of celebrating 15 years of its creation, World Accreditation Day and Accreditation Day in the Republic of Serbia, and congratulated all ATS employees on excellent organisation of this special conference and success made by ATS during the first 15 years of its operation. 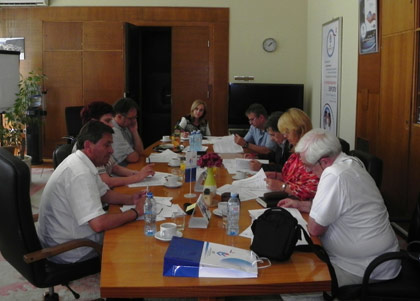 Joint meeting of the ATS Management and Supervisory Boards