Quality Week 2012, which is traditionally organised by the Fund for Quality Culture and Excellence (FQCE), and Quality & Excellence Magazine, was held for the 21st time in the period between 29th February and 2nd March when scientists, businessmen, and renowned experts gathered at the Serbian Chamber of Commerce since it was one of the organisers of Quality Week 2012. It was sponsored by the Ministry of Economy and Regional Development of the Republic of Serbia as a respective ministry for the quality infrastructure development.

Quality Week 2012 aims at gathering all relevant national institutions and authors from both our country and neighbouring countries given that the discussions will be about attainment of sustainable development through application of quality standards in everyday work under the conditions of global economic crisis. Diverse topics were presented to the delegates to introduce them to the latest trends and tendencies as regards the use and development of world management standards, management tools and techniques for their application. Useful information related to the practice of successful companies were presented since they could create an important basis in terms of future work of all potential clients attending the conference.

The conference was opened by Jelena Popović MSc that was delighted to see that this important conference was once again financed by MERR and expressed her expectation concerning the quality of the conference and its contribution to experience sharing, whereas new winners of the Quality Award would be announced at the end of the year. MERR provides strong support to such conferences due to the fact that it is trying to upgrade safety and quality of products through establishment of the new legal framework.

4 key QI laws were adopted and it was followed by the adoption of about 90% of sub-laws that would ensure implementation of the said laws. The preparation of the sub-laws underpinning the Law on Metrology and Law on the Control of Precious Metals Articles is on-going. A total of 5 new approach directives were transposed into our legislation since these fall within the MERR competence. Furthermore, it was planned to transpose another 2 directives governing equipment and systems used in potentially explosive atmospheres (ATEX Directive) and noise emission in the environment by equipment for use outdoors (Directive 2000/14/EC), and to finalise another three sub-laws. EU metrology directives are being transposed into national legislation: Measuring Instruments Directive (MID), Non-automatic Weighing Instruments (NAWI) Directive and Prepacked Products Directive and this heralds the end of transposition of the New Approach Directives that is within the MERR competence.

According to her the application of the said documents is of utmost importance and with that end in view 6 notified conformity assessment bodies (CABs) had already been appointed (in case of 5 new sub-laws) and 14 authorised CABs in the field of metrology (in case of about 37 measuring instruments). “Finalisation of the work on the new legal framework and upgrade of the capacities of the ATS, ISS and DMDM will enable free movement of goods and remove barriers to trade, whereby it will contribute to the increase of competitiveness of domestic products”, concluded Jelena Popović and highlighted that brochures for the industry would be published to help apply technical regulations. This will be accomplished by means of the technical assistance project implemented by GIZ the beneficiary of which is MERR when the Strategy for the QI Development of the Republic of Serbia will be drafted. These brochures will contain specific interpretation of the laws and guidelines.

Vladimir Trajković, Chair of the FQCE, addressed the delegates on behalf of the seminar organiser, and this address was followed by: Dušan Stokić MSc (on behalf of the host - Serbian Chamber of Commerce); dr.sc. Miroslav Drljača – President of the Croatian Association of Quality Managers; prof. dr Zdravko Krivokapić – Director of the Centre for Quality of the Faculty of Mechanical Engineering in Podgorica, and prof. dr Zoran Punoševac – President of the Association for Quality and Standardisation of Serbia.

Dejan Krnjaić PhD, ATS Director, gave a lecture on the subject of “Most important 2011 ATS activities”. During his lecture on the international activities of the ATS performed with the aim of integration and attainment of recognition the ATS Director informed the delegates that the ATS became an EA associate member in accordance with the new EA Articles of Association and Rules of Procedure in Warsaw on 23.11.2011. Furthermore, the ATS became an IAF (International Accreditation Forum) member on 29.12.2011.

ATS finalised the harmonisation of its legal framework, whereas in addition to the adoption of the Law on Accreditation on 12.10.2010 (Official Gazette of the RS No. 73/2010) and Decision on the Amendments to the Act on Establishment of the Accreditation Board of Serbia on 24.02.2011 (Official Gazette of the RS No. 14/2011), and the Statute of the Accreditation Body of Serbia was adopted as the last one in the series of legal documents. New organs of the ATS were also established: new members of the ATS Supervisory and Management Boards were appointed at the session of the Government of the Republic of Serbia on 29.04.2011, while new members of the Accreditation Council were appointed during the meeting of the Management Board on 01.06.2011. Numerous issues and revisions of the ATS management system documents were adopted in 2011.

According to him this led to the positive findings of the peer evaluators as regards the adequacy of the legal framework needed for the position and operation of the national accreditation body in the Republic of Serbia, while the procedures were constantly being upgraded and that both permanent employees and external assessors and experts were dedicated and competent. EA assessment team informed that the ATS performed its activities in line with the EA procedures and requirements whereby trust in competence of accredited CABs in our country was consequently ensured.

“I am looking forward to the next meeting of the EA Multilateral Agreement Council that will take place in April 2012 when equivalence of the accreditation system in Serbia with that of the EU and world will be officially confirmed “, concluded Mr Krnjaić. 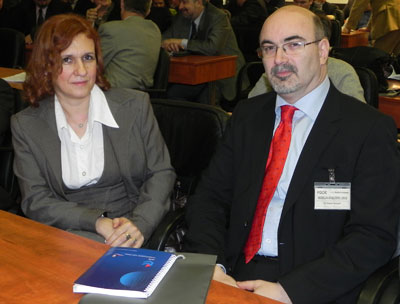 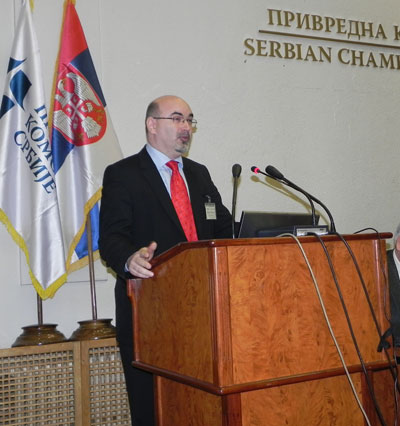