The traditional 27th Serbian Quality Week was held from February 28 to March 2, 2018 at the Serbian Chamber of Commerce in Belgrade. The Foundation for Quality Culture and Excellence (FQCE) in cooperation with the Serbian Chamber of Commerce and supported by the Ministry of Economy – relevant Ministry for quality and product safety, gathered numerous authors and participants from our country and the neighbouring countries to this gathering, opened by Assistant Minister of Economy Aleksandar Starčević. On behalf of the hosts, Gordana Tiodorović and Vladimir Trajković, Director of the Department for Support in Advocacy and Protection of the Members' Interest, Serbian Chamber of Commerce and President of the FQCE, respectively, addressed the participants. Prof. Aco Janićijević, PhD, Acting Director of the Accreditation Body of Serbia (ATS), greeted the participants of the Quality Week 2018, as well as the guests from the neighbouring countries, emphasizing the importance of regional cooperation among the accreditation bodies, which was confirmed and supported, in their respective speeches, by Mr. Željko Medak, Director of the Institute for Accreditation of Bosnia and Herzegovina - BATA and Trpe Ristoski, PhD, Director of the Institute for Accreditation of the Republic of Macedonia - IARM.

Professor Janićijević presented the operations of ATS in his presentation in the year of ATS 20th anniversary and he referred to the very beginning of the work of the Yugoslav Accreditation Body (JUAT), which later changed its name to the Accreditation Body of Serbia, which was established on 5 February 1998 by the Decree on Establishment of the Yugoslav Accreditation Body. He pointed out that the first president of the JUAT was emeritus, prof. Milan Perović, PhD, and the members were: Miloš Jelić, PhD, Zvonimir Paunković, Srećko Obradović and Slobodan Sotirov. In the recent history of ATS, on October 20, 2010, ATS was registered as an institution, after the entry into force of the new Law on Accreditation, and the provisions of the law regulating public service apply on the issues of establishment, organization, position and activity of the ATS.

The Quality Week 2018 took place in a working and constructive atmosphere with the presence of representatives of all key institutions of quality infrastructure - the Ministry of Economy, the Directorate of Measures and Precious Metals, the Institute for Standardization of Serbia and ATS.

On the third day of the conference, a round table was held with the topic: NEW EDITION OF THE STANDARD ISO/IEC 17025: 2017 (after 12 years), opened by Milica Jovčić, Head of Laboratory Accreditation Department at ATS, and facilitated by Miloš Jelić, PhD, Chair of FQCE Expert Council and ATS Accreditation Council. The round table was attended by the entire ATS management, as well as a part of the employees.

Key differences as compared to the previous issue of the standard were emphasized in the introductory part and the attendees were also presented the  plan of transition to accreditation, wherein ATS defined the deadlines in the following period, bearing in mind that the resolution (ILAC Resolution GA 20.15) from 2016 prescribed that the transition period for application of the new version of the standard is three years from the date of the publishing of the new version. The presentation of MSc Milica Jovčić can be found here.

Bearing in mind the key differences in relation to the previous issue of the standard, it was emphasized that ATS will work in the future to ensure the necessary competence and, in particular, harmonization of the work of its assessors, in order to readily start assessments according to the new issue of the standard.

The presence at the Quality Week 2018 was used for another announcement of the briefing seminar that ATS is planning to organize for testing laboratories and calibration laboratories before starting the assessment according to the new issue of the standard. 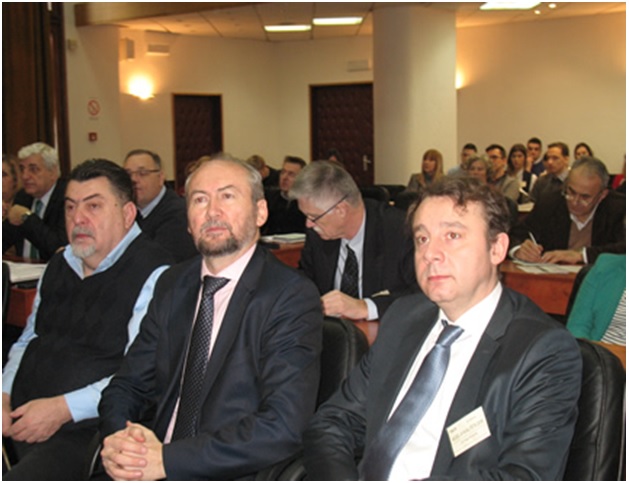 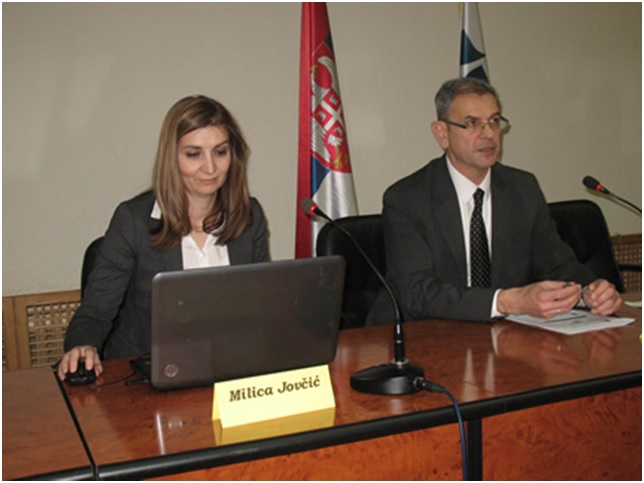