20th May is World Metrology Day, commemorating the anniversary of the signing of the Metre Convention in 1875. The Metre Convention enabled establishment of a uniform measurement system in the world. World Metrology Day is jointly organised by the International Bureau of Weights and Measures (BIPM) and International Organization of Legal Metrology (OIML) in cooperation with national metrology institutes in over 80 countries worldwide.

The Principality of Serbia joined the Metre Convention on 21st September 1879 when it undertook to introduce the International System of Units (SI), to realise national standards in accordance with the definitions adopted by the General Conference on Weights and Measures (CGPM), as the governing body of the Convention, to periodically compare Serbian standards with international standards kept by the International Bureau of Weights and Measures. The Directorate of Measures and Precious Metals, as our National Metrology institute, continues the original membership of the Metre Convention.

The theme for World Metrology Day 2015 is “Measurements and Light”. The topic was chosen to align with the UN GA International Year of Light and Light-based technologies 2015 (IYL 2015) as organised by UNESCO. 2015 was proclaimed the year celebrating scientific achievements and application of light and light-based technologies. This global initiative was designed to highlight the key role light and optical technologies play and their impact on the upgrade of the quality of life and cleaner future. 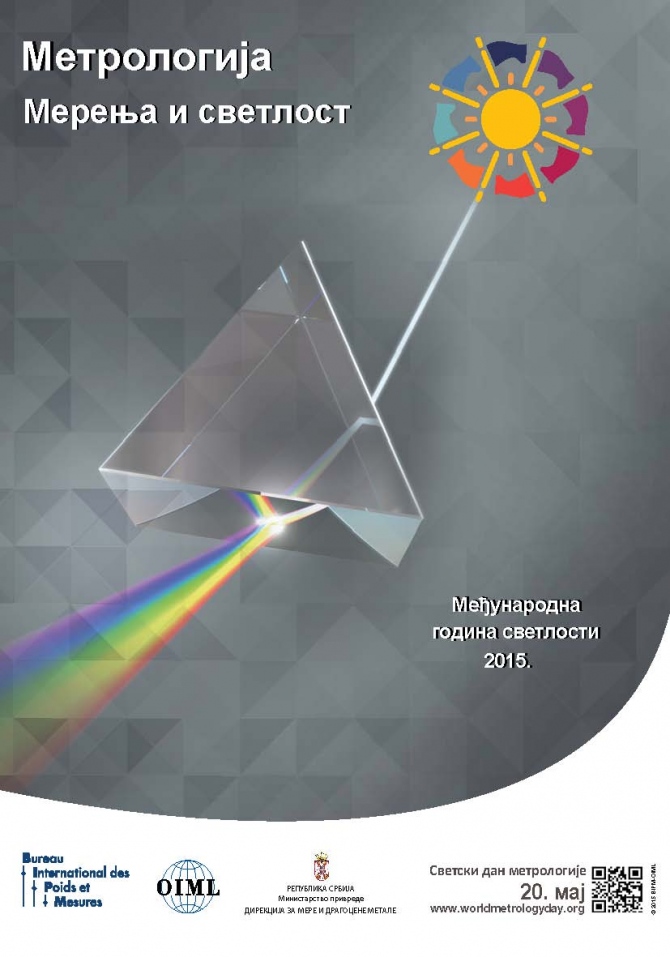 Across the world, national metrology institutes continually advance measurement science by developing and validating new measurement techniques at whatever level of sophistication is needed. They also participate in comparisons coordinated by the International Bureau of Weights and Measures (BIPM) to ensure the reliability of measurement results worldwide.

Many measuring instruments are controlled by law or are subject to regulatory control, for example the scales used to weigh goods in a shop, instruments to measure environmental pollution, or meters used to bill energy. The International Organization of Legal Metrology (OIML) develops international Recommendations the aim of which is to align and harmonise requirements for these types of instruments worldwide.

World Metrology Day recognises and celebrates the contribution of all the people that work in intergovernmental and national organisations throughout the year on behalf of all.

or website of our National Metrology Institute (Directorate of Measures and Precious Metals) at: