During the last 2 weeks the Accreditation body of Serbia (ATS) was subject to re-evaluation by peer evaluators of European Co-operation for Accreditation (EA) in accordance with EA-2/02 M: 2016 EA Policy and Procedures for the Multilateral Agreement with the purpose of confirming the existing status i.e. maintaining signed multilateral agreement on mutual recognition of the equivalence of the accreditation system under the EA (EA MLA) agreement.

The peer re-evaluation was conducted in the period from 25th to 29th September 2017, and from 2nd to 6th October (only for certification of persons) in order to verify the conformity of the established accreditation system with the requirements of the standard ISO / IEC 17011, the relevant requirements of the European regulation (Regulation (EC) No. 765/2008), as well as documents of international accreditation organizations (EA, ILAC and IAF). The EA team consisted of 9 peer evaluators, including a member of the team who was a trainee, and two observers who were present on behalf of the International Laboratory Accreditation Cooperation (ILAC) at the peer evaluation.

After two-week evaluation of ATS activities, peer evaluation team, i.e. Emanuele Riva, the team leader, submitted Executive Summary to ATS, wherein it is stated that staff changes in ATS in the previous three years were very thoroughly investigated and that they did not reflect negatively to the functioning of ATS. It was also established that the management system is mature and stable but that there is also potential for improvement in the future implementation of new software. Technical staff and assessors demonstrated good preparation and understanding of the accreditation process and a good motivation in their work. It was found that the assessments observed were performed line with the ATS procedures and that engaged experts performed assessments effectively and competently.

In accordance with the said EA procedure, and upon receiving draft of the EA assessors’ team report, ATS will propose taking adequate actions in order to eliminate identified nonconformities and concerns.  After the proposed corrective actions have been adopted by the EA team, the report will be finished and sent to the Secretariat of EA Multilateral Agreement Council (EA MAC) that will form Task Force Group that will submit its opinion to all members of EA. 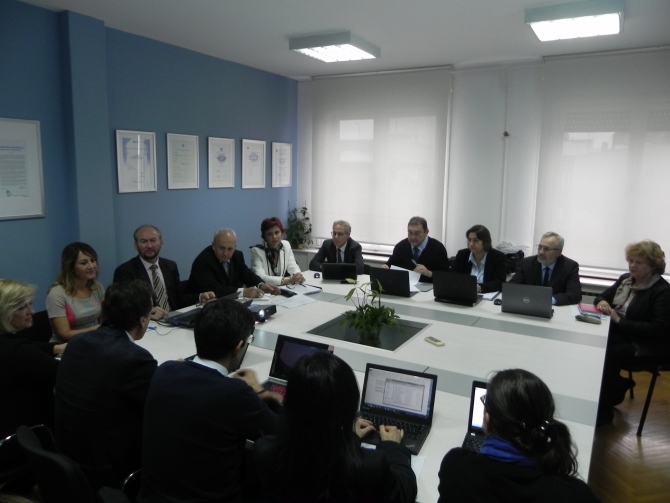 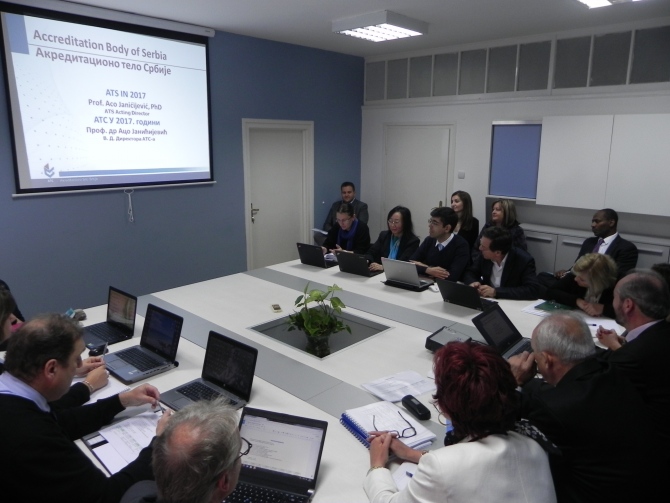 Presentation of ATS at the initial meeting with the EA team