The Directorate of Measures and Precious Metals (DMDM), Institute of Metrology of Montenegro and Society of Metrologists organised the 2013 Metrology Congress in the period between 16th and 18th (19th) October 2013 at the Jezero Hotel in Bor. The special emphasis was on the topic “New developments in metrology”.

The Metrology Congress aims at the exchange of information, scientific and technical knowledge and upgrade of quality in all fields of metrology.

The Congress took the form of one plenary session, workshops and sessions.

2013 is the 140th anniversary of legal metrology in Serbia. The National Parliament of the Principality of Serbia adopted on 1st December 1873 the first Law on Measures (based on archive prototypes of meter and kilogramme) that provided a foundation for legal metrology in Serbia. The Congress contributes thereto by devising the following motto: “From archive prototypes to the definition of new units of measurement”.

Vida Živković MSc, DMDM Director, addressed the Congress delegates on behalf of DMDM when she emphasised the importance of metrology and new developments in metrology.

Zijad Džemić MSc, director of the Metrology Institute of Bosnia & Herzegovina, highlighted the “Importance of European programmes for the development of research metrology in South Eastern Europe”.

During the Congress workshop that was dedicated to proficiency testing (PT schemes), a representative of the Accreditation Body of Serbia (ATS) acted as a moderator. Delegates were introduced to the Rules for the Participation in Inter-laboratory Comparisons and Proficiency Testing Schemes ATS PA02 of 28.02.2013 with a special emphasis on the drafting of Plans for the Participation in PT Schemes in one accreditation cycle. It was explained that ATS will, in addition to PT schemes organised by DMDM, accept satisfactory results of participation in bilateral comparisons with the National Metrology Institute if it published calibration and measurement capability (CMC) for the said field in the BIPM key comparison database. Furthermore, the delegates were introduced to the results of national and international PT schemes of accredited calibration laboratories in the last two years and to a conclusion that in both cases 2012 participation increased when compared with the previous year. After numerous questions had been raised by the delegates, two important activities came to life given that these would help accredited laboratories in their work:

Papers were presented by sections – eight sections in keeping with the IMEKO (International Measurement Confederation) classification.

A Society of Metrologists Assembly meeting was also held during the Congress.

Dušanka Santovac attended the Metrology Congress on behalf of ATS. 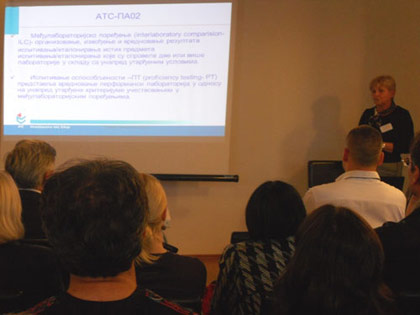 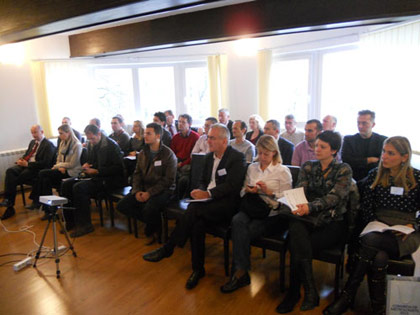